Audio plug-in creator Native Instruments has just announced the release of Komplete Start in February. It’s an introductory suite of audio apps / plug-ins and will cost nothing, yes… completely free. Well, free except for your email details, as you will need an NI account to qualify for registration and download.

I’m unsure as to whether Komplete Start will replace the current set of free ‘players’ and free content but this has to be the must-have DAW add-on for 2019. I shall certainly be  registering.

Completely unrelated, I have to mention that it’s taken me three whole days to seal the cistern leaks from a relatively simple siphon change. And there’s a possible big music event (as far as I’m concerned) in September but more about that some time in the future (hopefully).

Since retiring from full time work in February, my pension and part time wages haven’t been enough to cover my monthly bills and I’ve had to sell off some of my guitars and amps to cover the shortfall. However, I’ve been planning to work on my music files for a few years and kept some of the proceeds from the sales for upgrading my DAW to Cubase Pro 9.5 as its feature list is long and most marvellous indeed.

I diligently watched Steinberg’s ‘Festive Countdown’ sales offers (over the Christmas period) with my virtual cash at the ready . Everything except Cubase Pro appeared during the 12 day stint so I’ve decided to stay with Apple’s “Logic” DAW.

I’ve been with Cubase since I started recording with computers in December 2000 (at that time using it in tandem with Sonic Foundry’s “Acid Music” which had incredibly advanced pitch and time control but no midi or virtual instrument facilities) so was pretty au fait with how to make the most of it.

Now, I’m hoping that somebody out in the ether can recommend a truly comprehensive book that can help me utilise all of the features of Logic Pro X. I have the manual printed out and can refer to it but would like additional reference reading.

I’ve completed the task of turning all of the original Acid ‘stems’ into Logic files, including the Cubase / Cubasis VST generated audio but need to know how to make the most of facilities like side-chaining (particularly for gating audio), effects sends and returns and how to set up the mixer (I could go on and on). Next, I’ll be replacing audio with more modern sounding plug-ins and recording scratch tracks of guitar, bass and vocals. I need to do this because its my intention to alter keys and tempos and insert time signature changes (I’ve been bitten a little by the modern prog rock bug). It’s also my intention to incorporate more of my altered tuning acoustic guitar parts to the compositions. I have some 80+ pieces of older Earth Balm music, some even older Pre-Earth Balm songs and some 30+ acoustic guitar arrangements to keep me busy.

I guess I won’t be seeing daylight for several months.

Hope you all have a peaceful and prosperous 2018.

Edit December 27th @ 19.33: Of course this means that all of the Cubase Files I recently converted from Acid Pro files now need to be converted to Logic Pro X files.

I paid another visit to PMT Music Cardiff on Sunday (December 20th) and was amazed at the amount and variety of stock on offer – far more than on its opening day. It seems that the store is off to a flying start sales wise.

Had I the funds and need, I’m sure I would have left the store with recording resources (hardware or software) but currently, all I need is the time to work on songwriting and recording.

I have to add that it looks rather like me trying out a guitar (A Faith in solid mahogany if it is me) in their Cardiff store shots.

Just followed a KVR post on Twitter to the Crypto Cipher website and found some great Indian themed Kontakt files and loops. these included a free sample set:

I’ve added the harmonium, tarangs and tabla loop sets to my must-buy list.

My first experiments with the Turkish vocal based instrument show it to be up to the usual fantastic Sonokinetic standard.

The Embertone instruments led me to Realitone Kontakt sets and their amazing Blue virtual female vocalist. 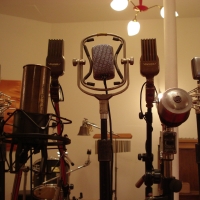 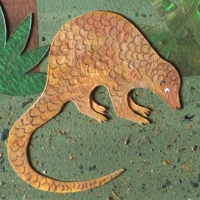 A history of your favorite classical music.

The Art Or Endeavour Of Being Lucid In A World We Live In... Secrets Of The Psychics... Energy, Universe, Futurism, Film, Empowerment...Digital Abstract Art Rendering...

Literature, books , sport and whatever intrigues me

A Life's Worth of Observations from a Songwriter and Sound Engineer

Exploring the world of ideas through books

The Wonderful World of Joan Aiken

Travel Around. Be Nomadic

Astronomy, space and space travel for the non scientist

An artist learning her craft.

Designed in London, Since 1960

WELCOME TO THE HIDEAWAY STUDIO

Tune In to Your Om